I recently got an Oculus Quest VR headset to help encourage me to do some more cardio activity through the long Phoenix summer. Looking at it sitting on the floor for a couple days made me realize it really needed a better place to be when not in use. It needed to be near enough to a power outlet to charge and, convenient enough to just grab it and use. I keep it in a room where I exercise and practice my taiko. So, there is not a lot of furniture. A wall mount seemed like a good choice.

Nothing I found online really looked like what I wanted, though. I have some 1/4” acrylic that is tinted with green in a way that gives a solid impression of glass. So, I thought I would try making a wall mount from that.

You can see the result in the photos here and, in the video.

If you want to make one of these, the files are all linked below.

The red-brown and purple outlines are the main cuts. I just used the standard Thick Acrylic Proofgrade settings on the Glowforge for those. I separated them out of habit for preferring to cut from the inside out.

The pale green rectangles are for position of the Command Strips, if you want to use those. You probably don’t want to cut or score them.

If you want to use screws to mount it instead, the gray circles would be engraved to an appropriate depth for the heads of the screws with the inner red circles cut through. These were set up for #6 screws. I didn’t go this route. So, you are on your own for the appropriate engrave settings. Ideally, you would run tests on a scrap.  If you are not using screws, set these to ignore.

I cut the forms from Medium Draftboard. Any inexpensive 1/8” thick wood-based stock should work fine.  Cut two sets from the file below.  If you have a better idea for how to do this, let me know in the comments below or, send me a message.

The easiest way to understand making the bends is to watch the video. Basically, you want to localize the heat to where you want each bend as much as possible and, brace adjacent areas you don’t want bent or deformed to keep them from bending. Bending the main necks of the controller hooks before turning up the ends of the prongs is probably best. It is likely also easier to bend the controller hooks without the central hook being in the way of setting it down flat.

These files are for personal, non-commercial use only. If you want to produce these to sell or for other business use, please contact me to arrange for licensing terms.  Also note that, by referencing these, you are agreeing to release any variations you create under identical terms.

I know not everyone has a laser cutter but, many communities have maker spaces where you can get access to tools like laser cutters and, assistance learning to use them for free or, for a small fee or donation. Support your local communities, learn new skills and make new friends!

Find a maker space near you.

Of course, if you really want your own laser, feel free to use my Glowforge referral code to purchase your own. Glowforge will give you a discount off their posted price and, I will get a credit kickback to help defray the cost of materials for future projects. Your support is always appreciated.

Amazon referral links for the heat gun and shop incidentals defray IT and hosting costs for a local arts organization (Arizona Aikido): 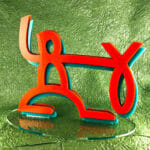